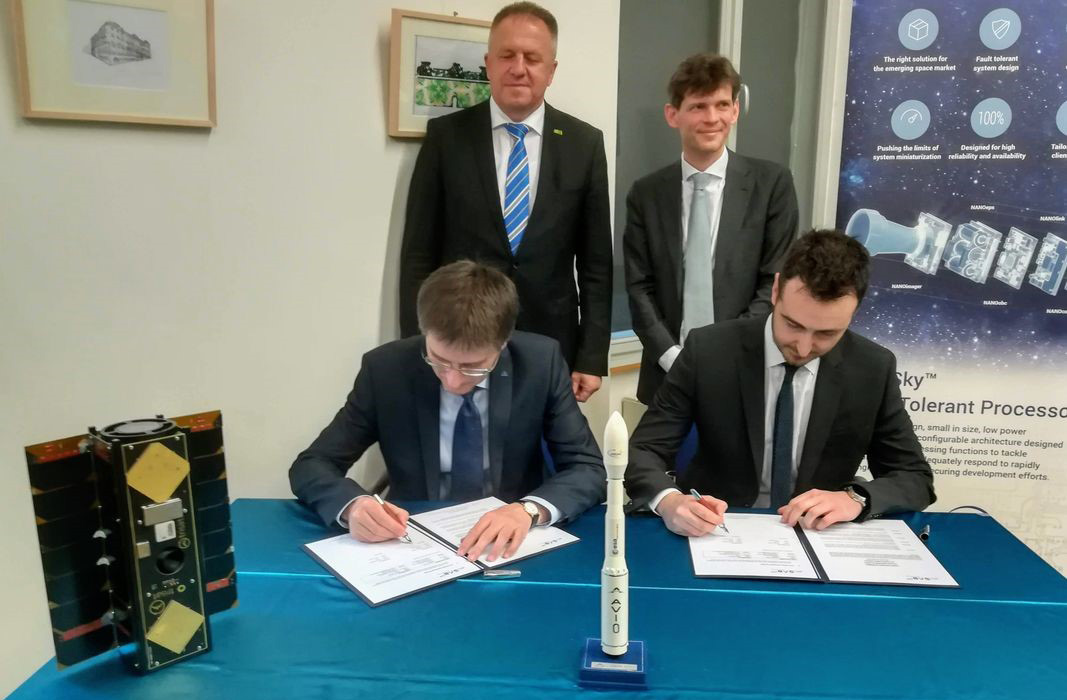 On April 5, the University of Maribor (Faculty of Electrical Engineering and Computer Science) and SAB Launch Services S.r.l. (SAB-LS) signed the Launch Services Agreement (LSA) for the launch of the TRISAT satellite.

The ceremony took place in Maribor at the presence of the Prof. Kačič, Rector of the University of Maribor; the Slovenian Minister of Economy Mr. Zbravko Pocivalsek, the Slovenian Space Delegation and Professor Iztok Kramberger responsible for the Mission and the ESA delegate, Mr. Matthew Bullock.

TRISAT will fly on the Small Spacecraft Mission Service Maiden Flight planned on in August 2019 on VEGA, the Small Launcher of the European Family, developed and manufactured by AVIO.

“This LSA has a really special meaning to me, because with this contract we are closing the aggregate of Institutional CubeSats, consolidating the company position as a reference partner of Arianespace for the launch services offered to Nanosatellites” says Eng. Marco Mariani, CEO of SAB-LS as he thanks once again the University Of Maribor, especially Prof.Kačič and Prof. Kramberger for this achievement obtained after almost 1 year of cooperation.  “Since 2014 we have been working on setting up the Small Spacecraft Mission Services together with AVIO and the European Space Agency. SAB Aerospace has developed the dispenser to allow dedicated Smallsat missions on VEGA and VEGA-C which makes the whole SAB team looking forward to the incoming mission.”

During the ceremony Mr. Mariani explained to the audience of Slovenian Journalist the unicity of this mission such as being Europe’s first rideshare mission “not so long ago the US had its first rideshare. This August the first European Rideshare will take place and we are really proud that this will occur on VEGA.”

SAB contributed to the Arianespace activities by setting up a heterogeneous aggregate of almost 50 Satellites (Micro and Nano) from global customers. This mission will target an SSO orbit at 500Km where the Micro Sat will be released, and then additional maneuvers will be performed reinjecting the Upper Stage (the AVUM) in order to increase the altitude to finally reach the target orbit for the nanosatellite release.

The payload integration will take place in Europe at the SAB Facility in Brno which is something absolutely new and is one of the peculiarities of the Small Spacecraft Mission Service. Speaking of services dedicated to Smallsats Mr. Mariani explained “…it is fundamental to try to limit the mission’s cost. In order to maximize this aspect, the idea is to limit the operation on the Launch Base in French Guyana performing part of the Launch Campaign in Europe. For this SSMS POC Flight this will be limited to Nanosat with the goal for the future of being able to extend such service also to Microsats.” 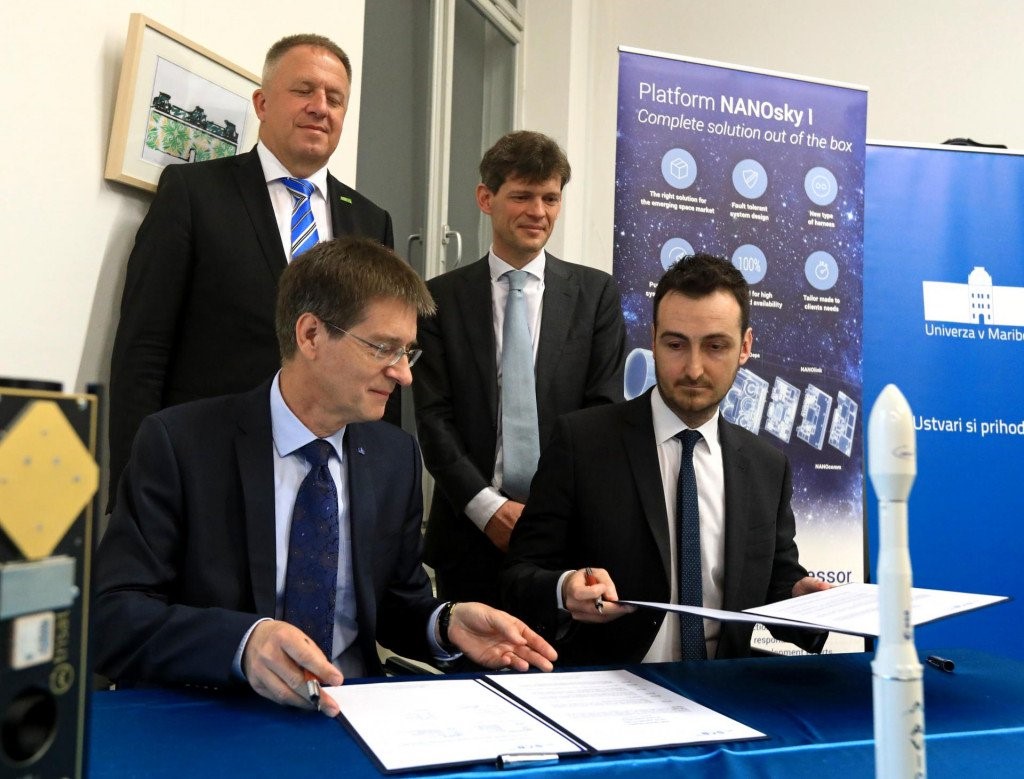 The primary objective of the TRISAT mission is to provide an in-orbit demonstration of the Slovenian space technologies by following up the latest trends of technology miniaturization and to address the upcoming changes in the economy of space.

“TRISAT satellite is based on a highly miniaturized nanoscale platform from Slovenian Company SkyLabs” commented Mr. Kramberger “The scientific objective of the TRISAT mission is focused on remote sensing by incorporating a miniaturized multispectral optical payload as the primary instrument to provide affordable multispectral Earth observation in up to 20 non-overlapping bands in NIR-SWIR (Near to Short Wave Infrared) spectrum.”