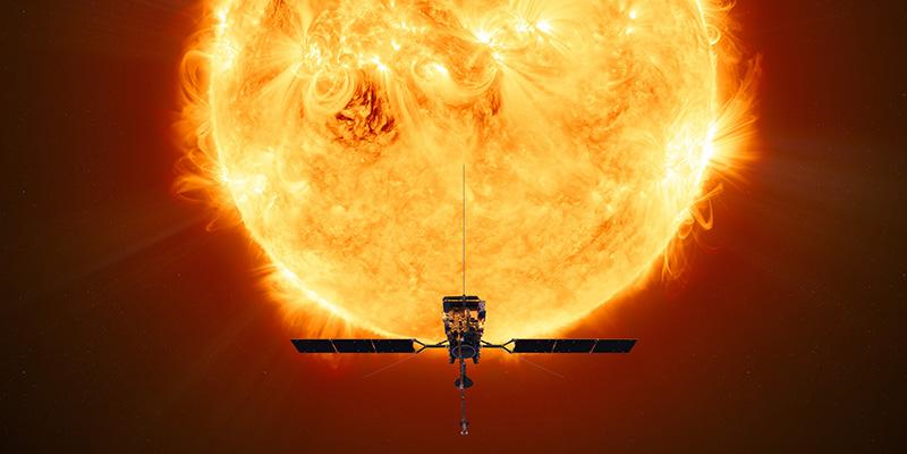 As Solar Orbiter was launched this week, at SAB Aerospace felt very grateful to have had the pleasure to participate in this amazing project, in collaboration with Thales Italy and OHB-Italy.

In particular SAB participated at one of the 10 instruments: METIS.

The Coronagraph to simultaneously image the visible, ultraviolet and extreme ultraviolet emission of the solar corona and diagnose, with unprecedented temporal coverage and spatial resolution, the structure and dynamics of the full corona in the range from 1.4 to 3.0 (from 1.7 to 4.1) solar radii from Sun centre, at minimum (maximum) perihelion during the nominal mission. This is a region that is crucial in linking the solar atmospheric phenomena to their evolution in the inner heliosphere. 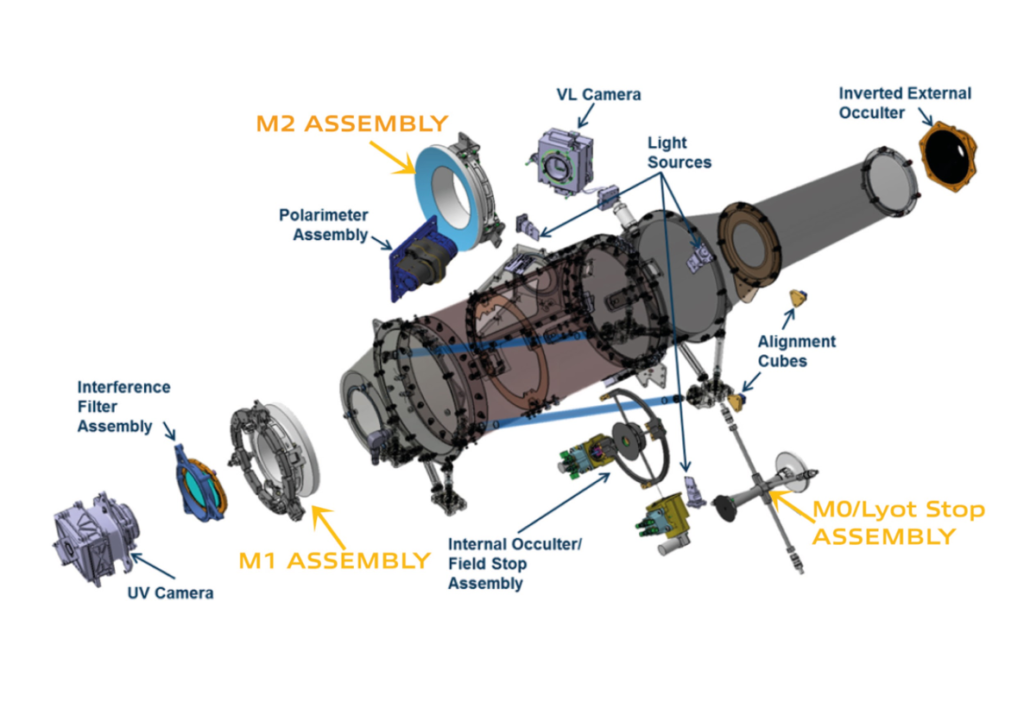 SAB was responsible to the thermo-mechanical design, manufacturing and testing  for its mirrors subassemblies M0 , M1 and M2. In particular the challenge had been to guarantee the survival of the assemblies at the extreme exposure temperatures minimizing the induced deformation on the mirrors required to meet the exceptional optical goals of the project. 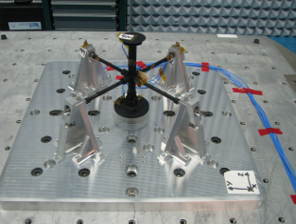 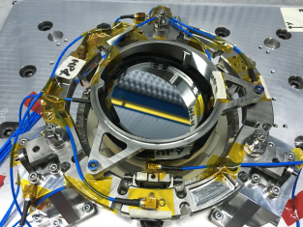 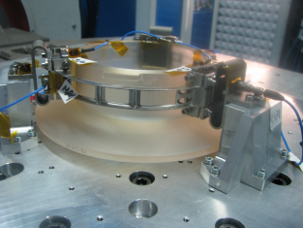 All the mechanical qualification test campaign has been successfully performed in SAB Aerospace ISO8 facility in Benevento (equipped with a 49.5 kN electro-dynamic shaker), covering quasi-static, sine and random environment.

HOW THE MIRRORS WILL OPERATE:

During its operativity the disk light entering through the aperture is rejected outwards by the reflecting mirror M0. Whilst the coronal light reaches the primary mirror, M1, and is reflected on the secondary mirror M2. This mirror then focuses the light on the ultraviolet (UV) detector forming the image of the UV corona. The visible component of the light is instead reflected by a filter positioned between M2 and the UV detector. A liquid crystal polarimeter, positioned between the filter and the visible light detector selects the polarized light, namely the photospheric light scattered by the coronal electrons. Thus the visible light detector images only the true coronal light.

After launch, Solar Orbiter will take approximately 3.5 years, using repeated gravity assists from Earth and Venus, to reach its operational orbit.. The first flyby will be Venus in December 2020. Over the expected mission duration of 7 years, it will use additional gravity assists from Venus to raise its inclination from 0° to 25°, allowing it a better view of the Sun’s poles. If an extended mission is approved, the inclination could rise further to 33°. 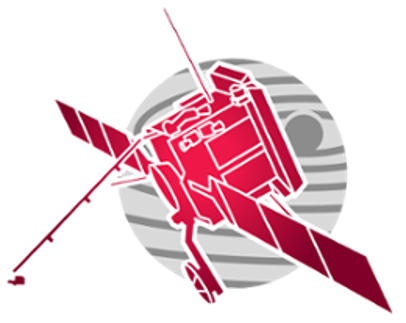